Great Product !!!
07/11/2016
This Machine is Awesome. Everybody wants to ring the bell, So that means tips in the Jar ! Get One !!!
5 Stars!
10/23/2012
Sorry it took so long to review. I only used it once at first and it wasn't the right venue for tipping. I used it two more times since then and it is great and does promote tipping.
I am a face painter and one gentleman said he could really use one while he bartends. I told him that is actually what it is for. And gave him your website. Thanks for the fast shipping.
Christine
Love my tip jar
10/15/2012
I just love my tip jar. I have used it 3 times so far. I am a face painter and the parents get a kick out of giving their kids money to tip. They love the lights and the sound. I had one obnoxious little boy that kept putting his hand in it to make it go off. He would not listen to his grandmother who honestly tried to tell him not to do that. The boy was about 8 and knew better but would not listen to her so I finally turned it off. The next child who tipped did not get the bells or lights because of that but I quickly realized it and turned it back on. I can't wait for my next festival to use it. I love the fast shipmennt and nice box. I store it in the box to protect it. Oh it is bigger than I expected so is really an eye catcher. Bright red print on white stands out. Now my friends want on so I told them to go to your website.
5 stars from me.
Realy like my tip jar
10/02/2012
I really Really, REALLY like my tip jar. I am a face painter and have a bowling alley as a client. I like the fact that my tip jar lights up and is VERY loud, so it can be heard at the bowling alley. The parents love to give the kids $ to place into. I can't say how much it has increased my tips as of yet because I've only had it for two weeks and used it twice but I do expect more tips simply because of how much it is a spectical
Great tip jar
09/24/2012
This tip jar paid for itself on the very fist use!
The only problem I have is that the sensor is very sensitive, and it gets tripped sometimes when it isn't actually being used.
But the fact that it draws attention to itself is worth the small inconvenience.
09/18/2017 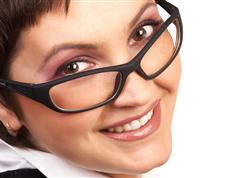 Our Tip Jars can be purchased

online at eBay and Amazon under 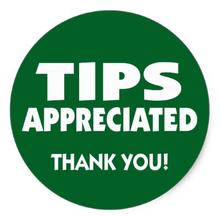